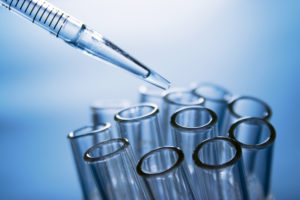 Back in February, Peggy Hamburg, M.D., Commissioner of The Food & Drug Administration, made some interesting comments at the Council on Foreign Relations:

* The new reality of food and drug regulation is that it’s global. In fact, it should be a topic for conversation at the next meeting of the G20.

* The recent crises in both food and drug safety will only repeat themselves unless regulatory agencies from around the world work in closer and more regular partnership.

* There is a responsibility on the part of the FDA and other more developed regulatory agencies around the world (the Medicines and Health products Regulatory Agency (MHRA) certainly comes to mind) to help build “regulatory capacity” for those nations that want and need assistance (Nigeria comes to mind).

* Part of a closer working relationship means a more regular and robust sharing of global intelligence on issues of counterfeiting. (And, for that matter, many other things too.)

* And lastly, “We can’t inspect our way out of this problem.”

All good things – progressive things – but, short of a regulatory Marshall Plan, things that will have to rely (at least initially) on personal relationships between senior officials at various regulatory agencies and a focus on what’s best for global public health writ large is convergent with what’s best for any given nation.

It’s not as easy as it sounds.

Beyond the generally difficult nature of international regulatory harmonization (yes friends, it is a lot harder than it looks) is the profoundly difficult issue of domestic economic interests and trade.

For example, every nation (from the United States to Nigeria) is concerned about counterfeit drugs and unsafe food coming across its borders.  That’s obvious. But are all nations equally concerned about controlling the export of counterfeit, unsafe and substandard products to other nations?  That’s trade.

Principles aren’t principles, as my father used to say, until they hurt.

Today the FDA released a new report designed to monitor the rising tide of goods from abroad. It includes planned partnerships with counterpart regulators in other countries and better data sharing between those regulators.

According to the report, imports of FDA-regulated products are growing at an estimated 15% annual rate.

Peggy Hamburg said it will likely take many years to implement its new approach, which also includes building up its IT capabilities to try to identify risks in the food and drug supplies before they pose serious harm and using public and private third parties to conduct audits and inspections on the agency’s behalf.

Hamburg said that the new approach “will require some up-front investments in terms of dollar resources, human resources and time.” She expects better sharing of data and strategies between regulators in different countries will eventually mean using fewer resources to achieve the same end.

“All of us are confronting the same set of challenges,” said John Taylor, acting principal deputy commissioner of food and drugs