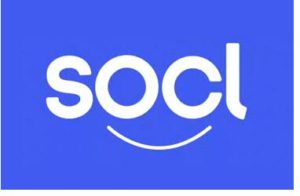 I felt a bit empty, without a purpose, even bored. As a seasoned social media warrior (I promised @thebrandbuilder not to use words like guru, ninja, persona, celebrity, Special Operations Commander and rainmaker in vain), I was secretly hoping for yet another social network to pop up and make my day.

See, everyone is on Facebook now. Even the Belgian Prime Minister is on Twitter. My boss is on Foursquare. Nine real smart people and a horsehead are on Google+. My primary schoolteacher’s little niece is on LinkedIn. I have an avatar on 2ndLife. I am connected to people I will probably never meet on Path, most of my female friends go bananas pinning stuff on Pinterest. Their boyfriends are on Gentlemint.

Make that 15 (fifteen). Since yesterday I’m a registered user of a new social online thing called So.cl . Microsoft started it as a top secret social research experiment fueled by social groups. They first tested it on virtual machines, then on small rodents, scared orangutans and finally on students.

As a social study on students rarely generates any tangible data, So.cl  got a “nihil obstat” – no objection –  from Nato and WHO, and has quietly been released to the  general public. Microsoft claims it is not looking to wrestle with Pinterest, Facebook, Twitter, Foursquare  or Google+ for world supremacy in the social space. It describes So.cl as “an experimental research project focused on exploring the possibilities of social search for the purpose of learning.”  Users of So.cl  can find information on any topic and share interesting findings directly with their network. So.cl also enables sharing ‘rich content’ that consists of little  scrapbook-like potpourris of multimedia content.

So, it’s a mixture of Bing, Facebook and Pinterest.  It’s search on steroids. It’s Microsoft’s crazy Frankenstein-mix of Google and Facebook. It’s vaguely interesting. I think I’ll give it a go. I just have to. It’s my job. Confucius said sternly “Faced with what is right, to leave it undone shows a lack of courage.”